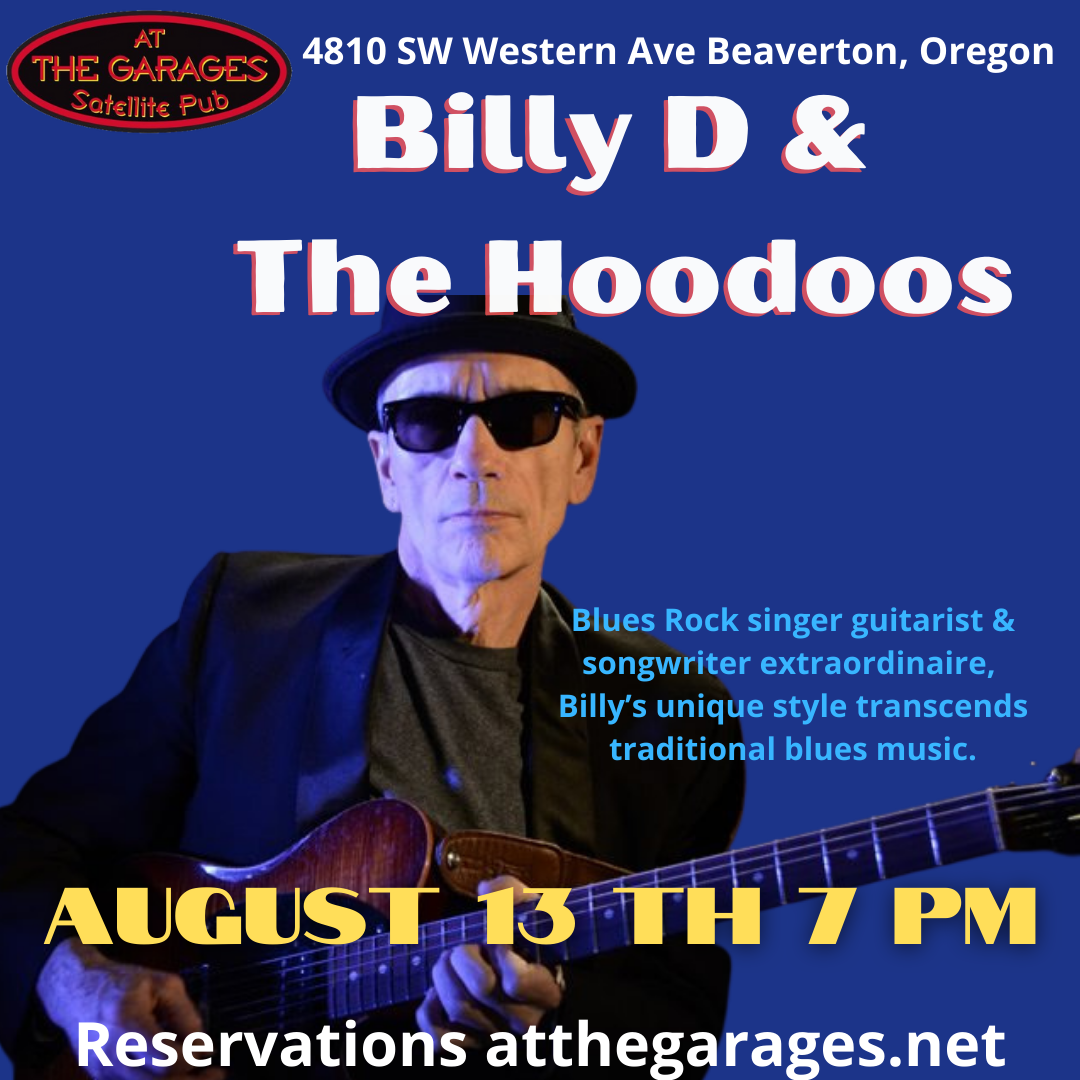 Billy D and The Hoodoos – Born on the south side of Chicago, Billy Desmond grew up influenced by early rock music and blues. Billy began his career playing professionally at teen dances and parties at the age of fourteen, and by eighteen he was sneaking in Chicago blues clubs to hear Muddy Waters, Junior Wells, Buddy Guy and James Cotton. Eventually, Billy would work with Wells and other blues musicians such as Big Time Sarah, Robert Cray and Detroit Junior.

Billy relocated to Portland, Oregon, in 2010. His CD, Somethin’s Wrong, has been well received and Billy regularly promotes his music through his website and by performing in local pacific northwest venues as well as festivals and venues across the US. He is known for his unique stage presence and big, effortless sound. Billy’s unique style transcends traditional blues music.