Canned Heat and Billy D & The Hoodoos Live On Stage 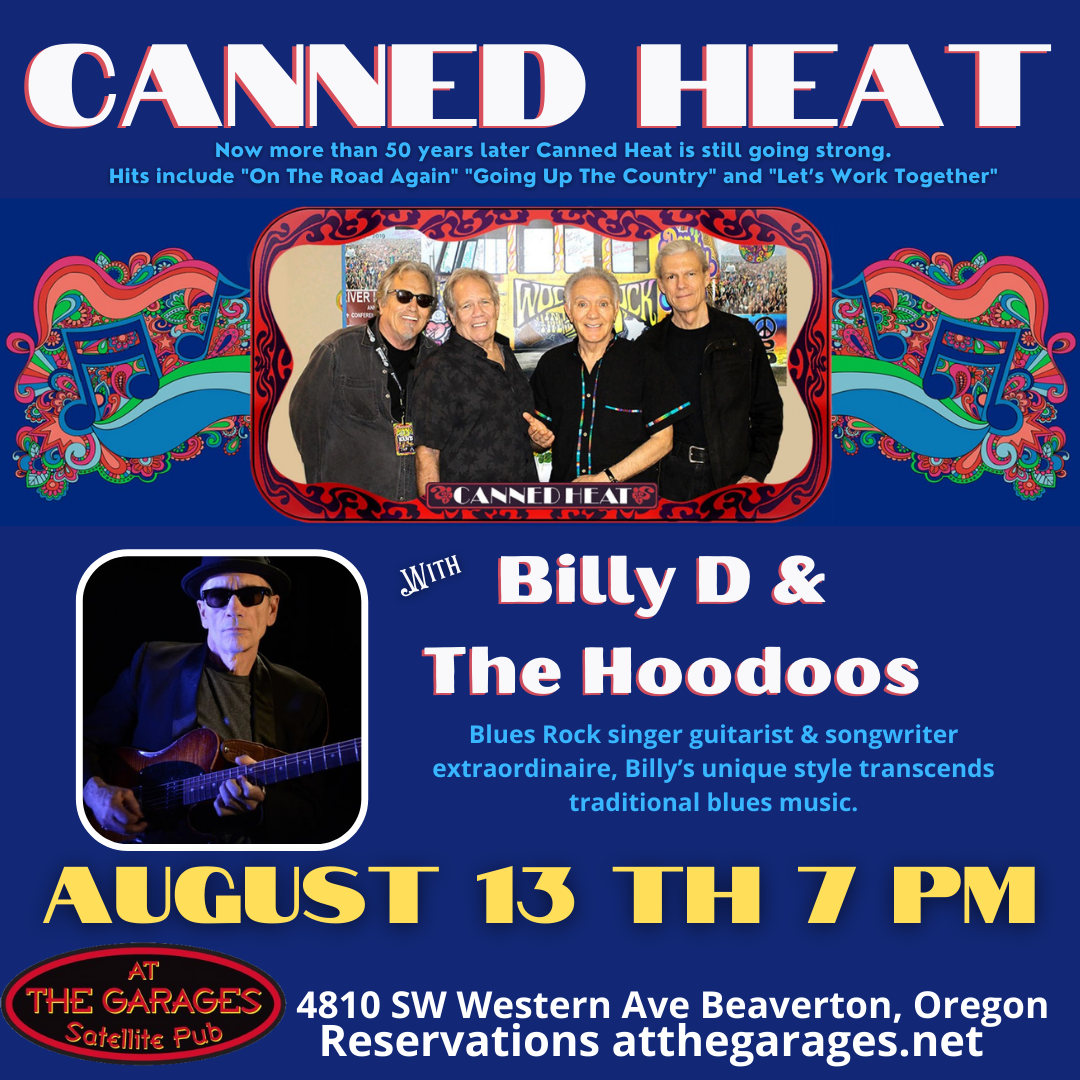 Canned Heat is an American blues and rock band that was formed in Los Angeles in 1965. The group has been noted for its efforts to promote interest in blues music and its original artists. It was launched by two blues enthusiasts Alan Wilson and Bob Hite. The music and attitude of Canned Heat attracted a large following and established the band as one of the popular acts of the hippie era. They appeared at most major musical events at the end of the 1960s, performing blues standards along with their own material and occasionally indulging in lengthy ‘psychedelic’ solos. Two of their songs  ” Going Up the Country” and “On The Road Again”— became international hits.

Billy D and The Hoodoos – Born on the south side of Chicago, Billy Desmond grew up influenced by early rock music and blues. Billy began his career playing professionally at teen dances and parties at the age of fourteen, and by eighteen he was sneaking in Chicago blues clubs to hear Muddy Waters, Junior Wells, Buddy Guy and James Cotton. Eventually, Billy would work with Wells and other blues musicians such as Big Time Sarah, Robert Cray and Detroit Junior.

Billy relocated to Portland, Oregon, in 2010. His CD, Somethin’s Wrong, has been well received and Billy regularly promotes his music through his website and by performing in local pacific northwest venues as well as festivals and venues across the US. He is known for his unique stage presence and big, effortless sound. Billy’s unique style transcends traditional blues music.