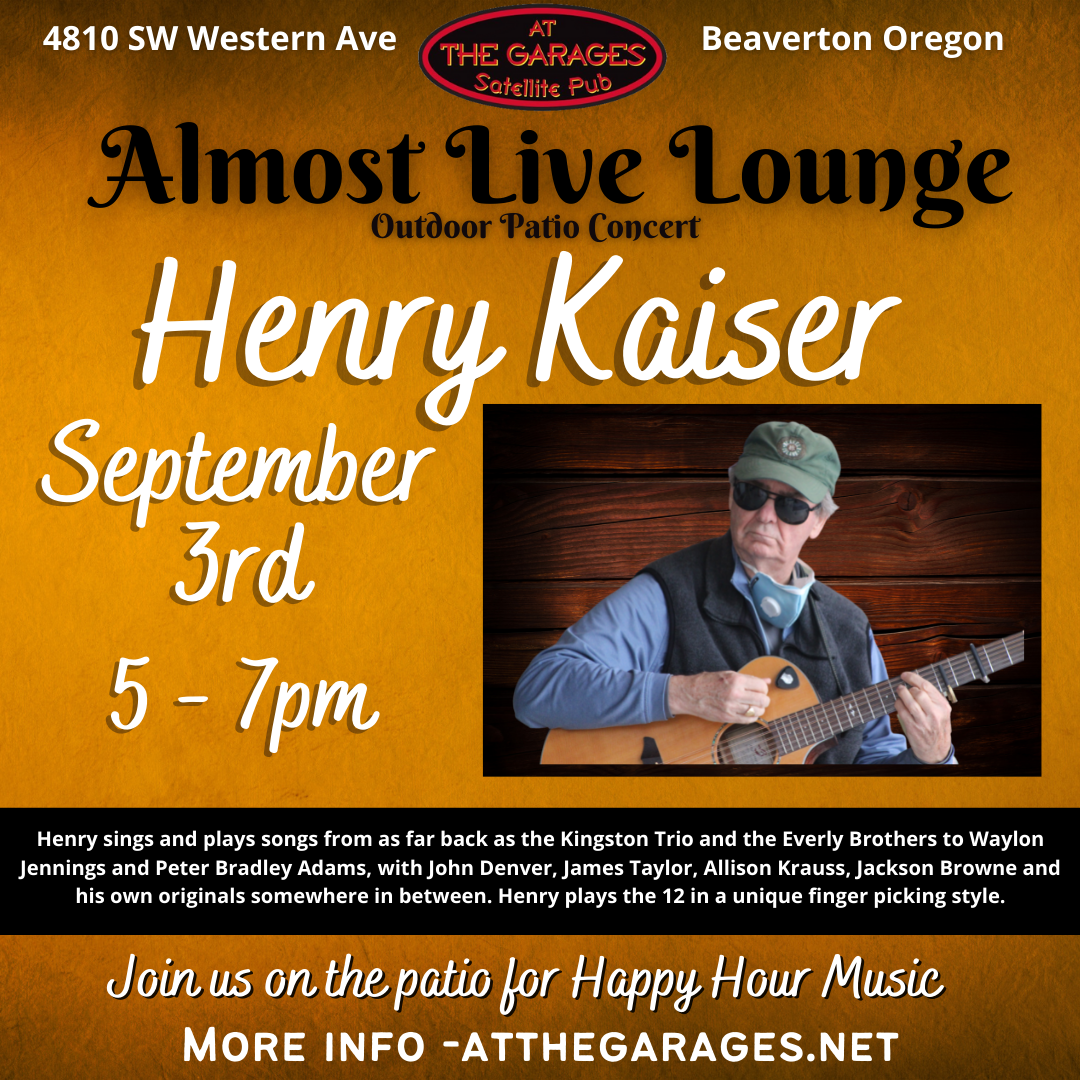 Henry M. Kaiser taught himself to play the Tipple (an eight string Uke ) in the summer of 1959. He soon graduated to guitar and a brief fling at the banjo. About 1985 Henry found a very slightly damaged Glen Campbell Ovation 12 string, which was later stolen, and replaced with a Breedlove 12 .

Henry sings and plays songs from as far back as the Kingston Trio and the Everly Brothers to the Waylon Jennings and Peter Bradley Adams, with John Denver, James Taylor, Allison Krauss, Jackson Browne and his own originals somewhere in between. Henry plays the 12 in a unique finger picking style. Henry is on the Board of the Influence Music Hall open mic group. Henry is active in business and mental health care, but music is his avocation!