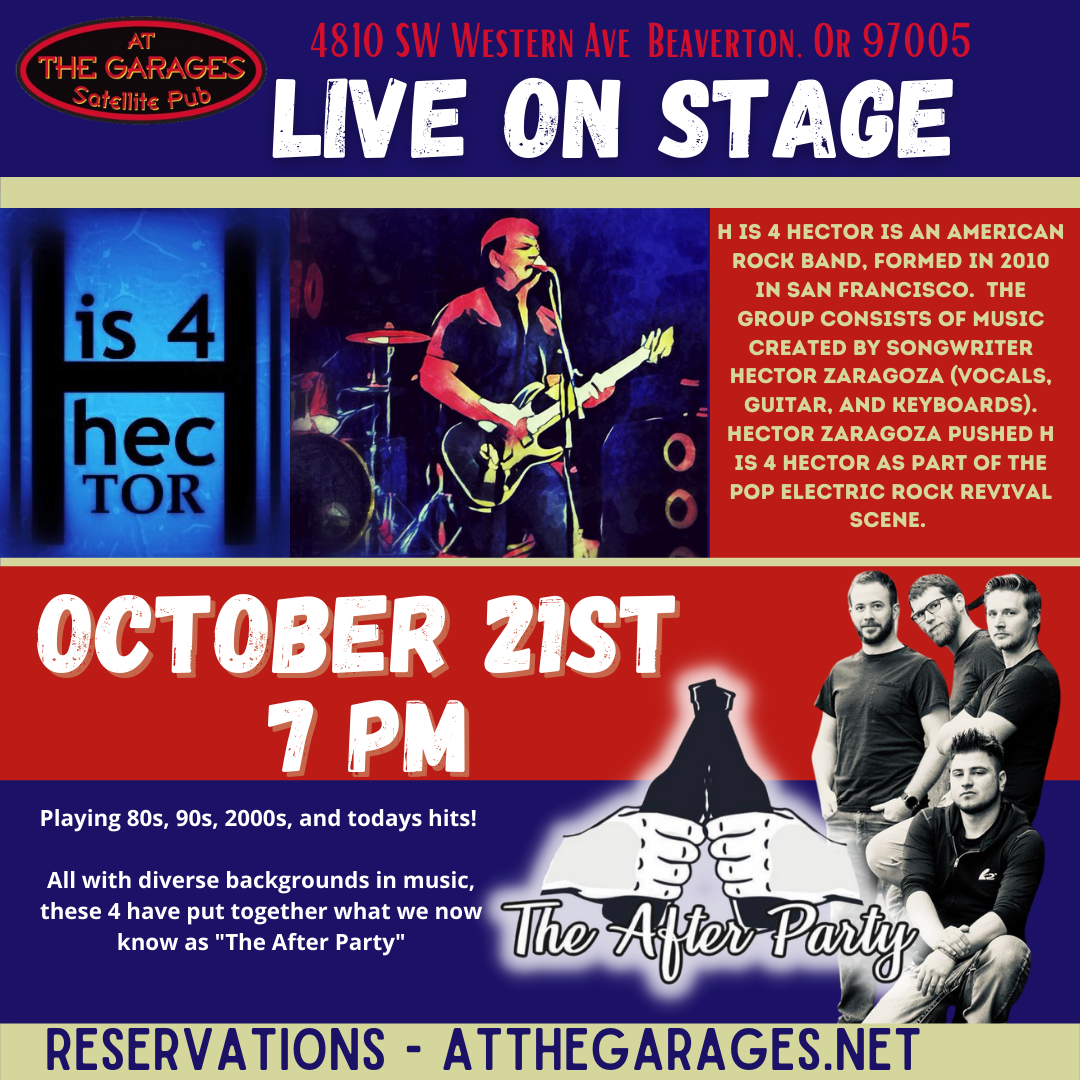 H is 4 Hector is an American rock band, formed in 2010 in San Francisco, California. The group consists of music created by songwriter Hector Zaragoza (vocals, guitar, and keyboards).

After releasing several singles and three albums within the San Francisco music scene as High Like Five, Hector Zaragoza pushed H is 4 Hector as part of the pop electric rock revival scene. H is 4 Hector releases have drawn attention from a large variety of media outlets in the United States and the United Kingdom resulting in regional tours in both continents. H is 4 Hector used a low-fidelity approach to writing and recording. The music featured a melding of pop rock and electronic influences and a raw simplicity of composition, arrangement, and performance.

The After Party – This 4 piece pop/rock band hails from the city of Beaverton, Oregon established in the fall of 2016.The members include: Bryan (Drums), Doug (Bass), John (Guitar), Brandon (Vocals/Guitar) For the majority of their existence they have been known for their renditions of 90’s/2000’s pop rock hits that they covered.

With new singles due to release in 2021, the material aims to reflect the upbeat and catchy hooks that draws inspiration from all walks of life. 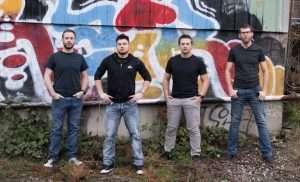