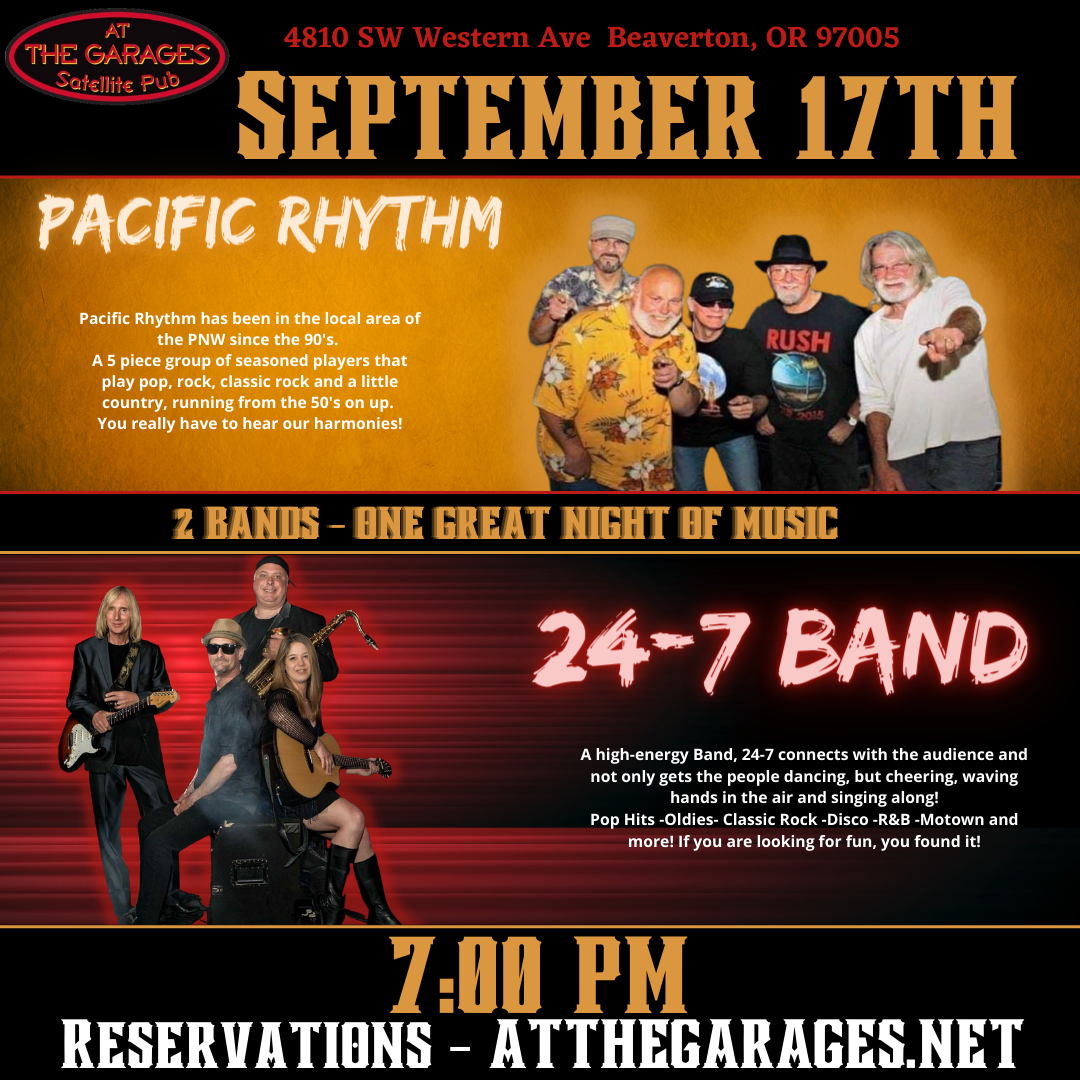 Pacific Rhythm has been in the local area of the PNW since the 90’s. A 5 piece group of seasoned players that play pop, rock, classic rock and a little country, running from the 50’s on up. You really have to hear their harmonies! Don’t forget your dancing shoes!

24-7 Band – They Simply to Bring fun and great music to every performance! Since 1992 the band 24-7 has a  proven track record performing thousands of shows for many top venues Like Ilani casino, Seattle Seahawks Century Link Stadium, Microsoft, and virtually every Country Club and Fair in the Area, As the name 24-7 implies, this group performs a non-stop show with an emphasis on Fun, Dance Music and Audience Participation!