The Bitchins – A Benefit for Parkinson’s Resources of Oregon 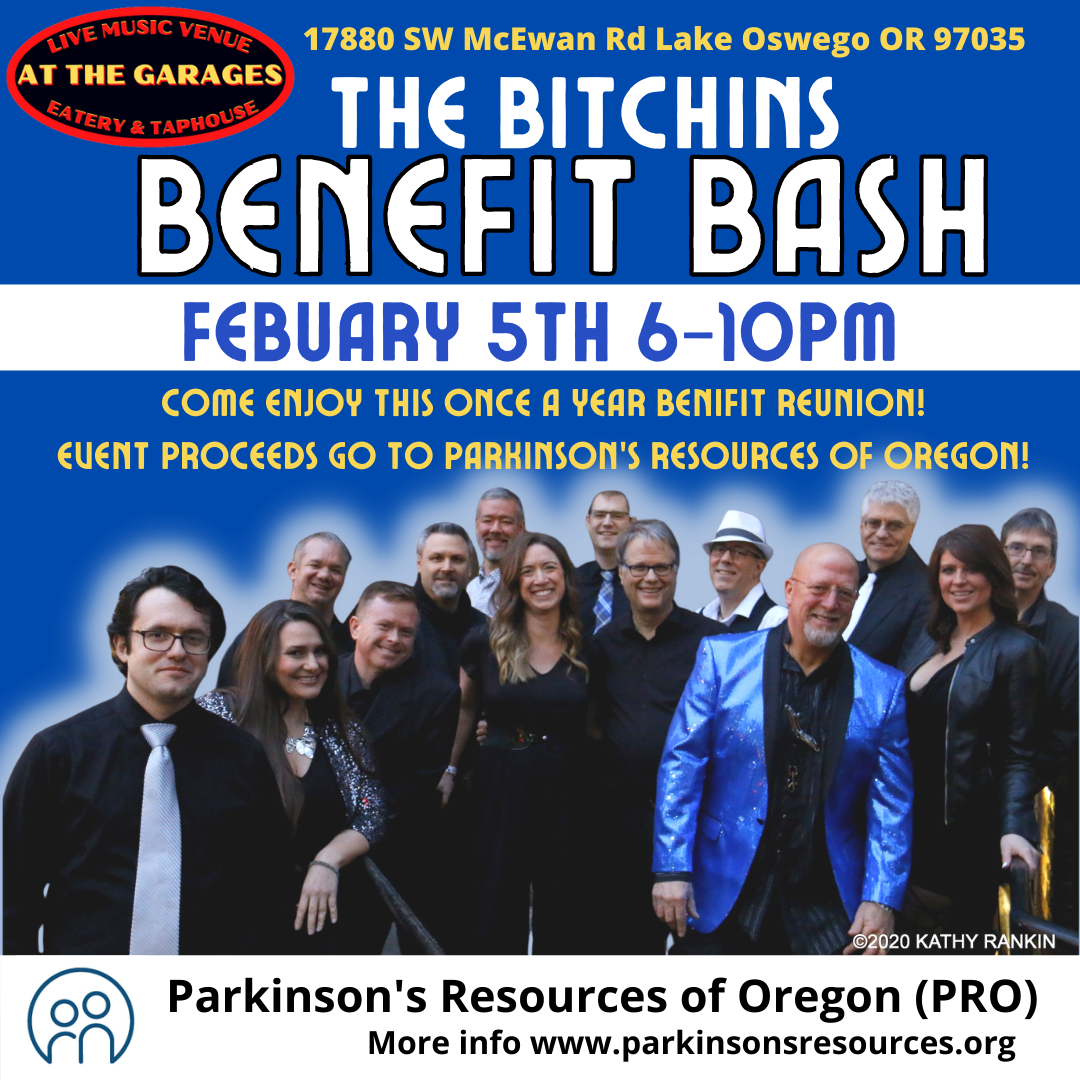 Consisting of some of the best players and performers from around the United States as well as right here in Portland Metro, this “only-once-a-year” gathering will showcase some of the best tunes from Steely Dan, Chicago, Stevie Wonder, James Brown, Toto, AWB, Paul Simon, Aretha Franklin, Phat Phunktion, Van Morrison, Bill Withers and many, many more.

All proceeds from this event will benefit Parkinson’s Resources of Oregon.

Get your ticket in advance so you don’t miss this once-a-year show, put on your party face and your dancing shoes and come for a great evening benefiting people with Parkinson’s!